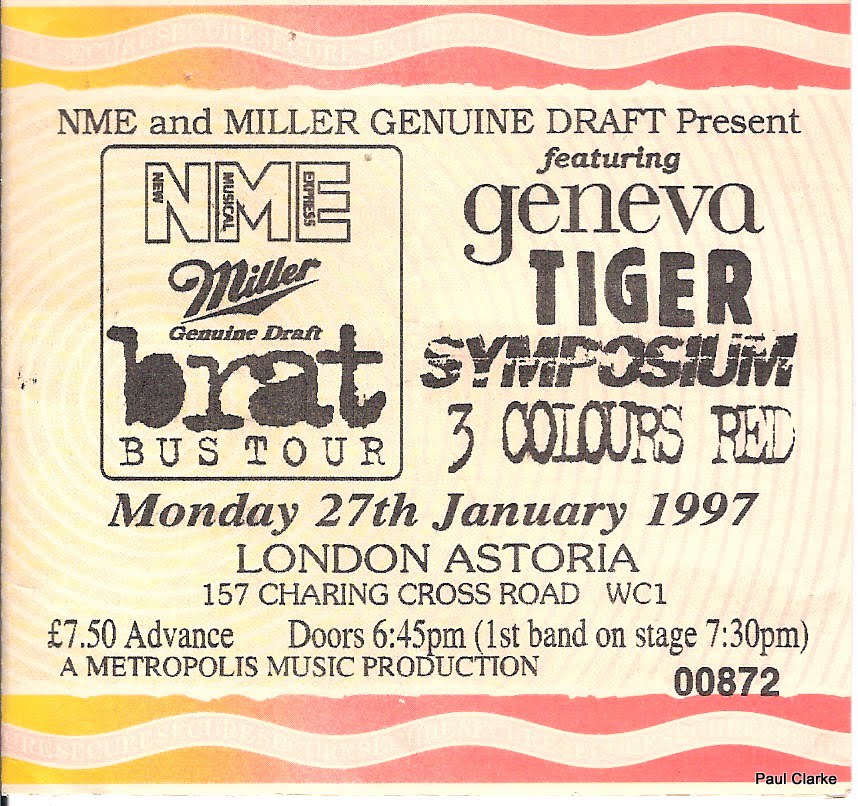 I did a few dates of this tour while I was at nme.com. I did some sort of tech support, can't even really remember what right now. I think I was just there to help the journo and photographer upload their copy and images to the website. I have some sound desk recordings of these shows somewhere too!

I went to this one, more from this year in Paul's gig history for 1997. Part of the list of all the gigs I went to from '87 to '20. It's an obvious step from my Best Gigs Ever blog post. Yeah I know it's a bit nerdy, let's let that go though, I'm having fun reminiscing about this stuff.

Was right by Tottenham Court Road tube, now demolished in the name of "cross rail"