Plus dEUS though I got there too late for the support: 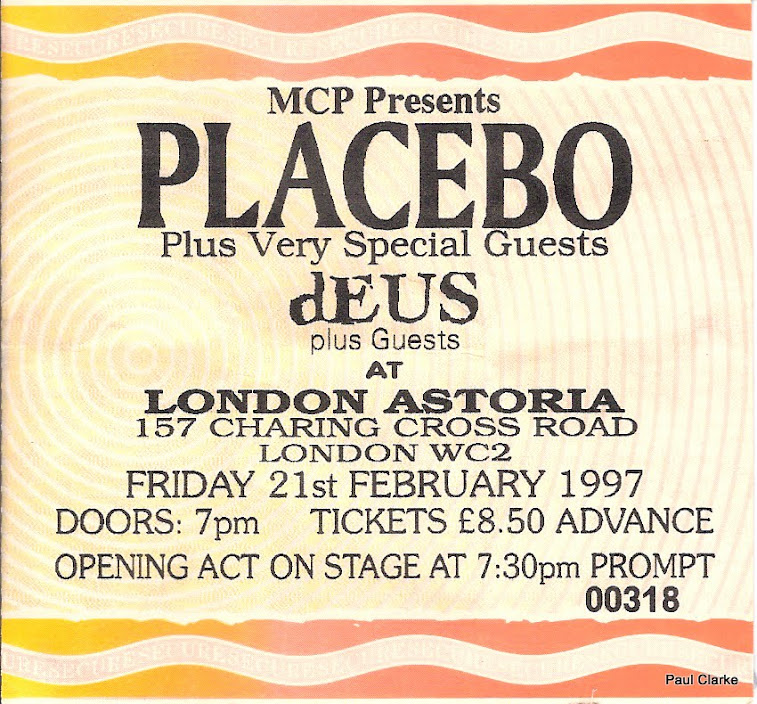 I attended this one, more from this year in my gigography for 1997. Part of a list of every gig I was at from '87 to '20. It's an obvious step from my Best Gigs Ever blog post. Yeah I know it's very geeky, let's let that go though, I'm enjoying reminiscing about these things.

Downstairs from the Astoria