Clare was at this one, I was not in London yet. Rescheduled from the 4th of July for some reason. 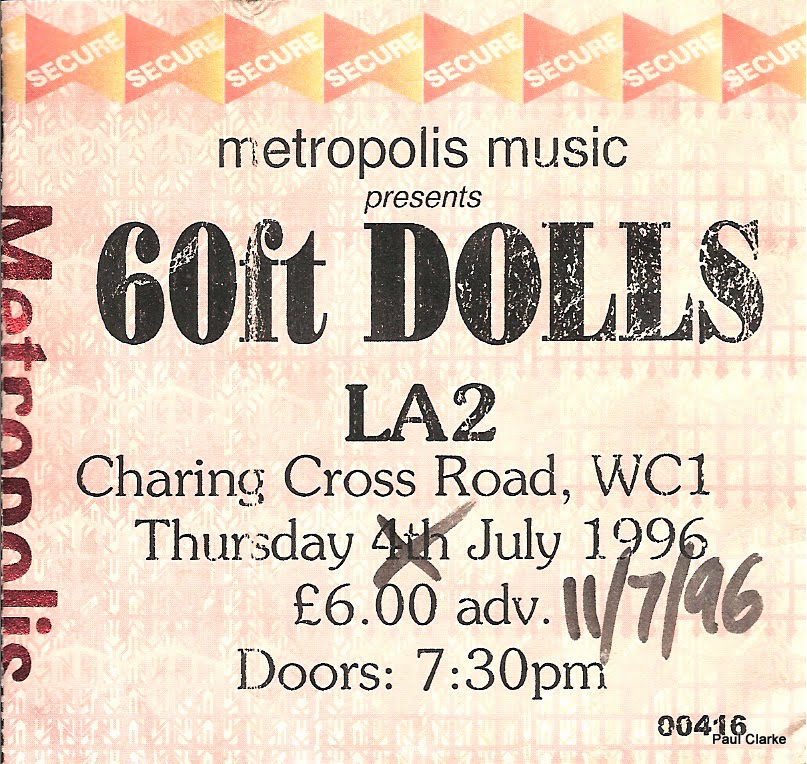 I loved the 60ft Dolls and would have seen them around this point, saw them a few times. They featured on the cover of one of my fanzines.

I went to this one, more from this year in Paul's gig history for 1996. Part of a list of all the gigs I was at from '87 to '20. A natural step from my Best Gigs Ever blog post. Yeah I know a bit nerdy, let's let that go though, I'm enjoying reminiscing about this stuff.

Downstairs from the Astoria